Northern Restaurant & Bar 2019 is the place for leading operators, suppliers and industry figures to meet, speak and do business. From Liverpool to Leeds, the North East to North West and the Lake District to the Peak District, NRB19 brings the cream of the hospitality industry to Manchester Central on 19 & 20 March.

For skills and technical masterclasses the Market Kitchen theatre will feature a range of demos from experts in their craft. Demonstrations include patisserie & bread-making, fish preparation and street food.

Highlights include:
Not just a full English, James Taylor, Beastro

Over on the drinks side of the hall the Grape & Grain theatre will see two days of wine and beer tutored tastings led by industry professionals, class-leading operators and sommeliers. Drinks Live, the centre of the spirits area, is set to host leading experts and ambassadors from international brands and indie producers.

To close the show the annual NRB Cocktail Competition, sponsored by Ms Betters Bitters, will take centre stage as the finalists compete for the opportunity to travel to Canada with guest shifts in Montreal and Vancouver on Wednesday 20 March.

NRB is delighted to announce that the 2019 VIP Bar is hosted by The Alchemist Bar & Restaurants with The Alchemistress. Enjoy a flaming atmosphere and creative cocktails that’s become The Alchemist’s trademark – Theatre Served.

The place for industry events, meetings and networking in the centre of the show, the Hub hosts the Kuits NRB Top Fifty Awards, R Noone’s Buyers Breakfast, CityCo’s F&B Network, Ladies of Restaurants, The Female Hospitality Network and other dedicated hospitality gatherings. 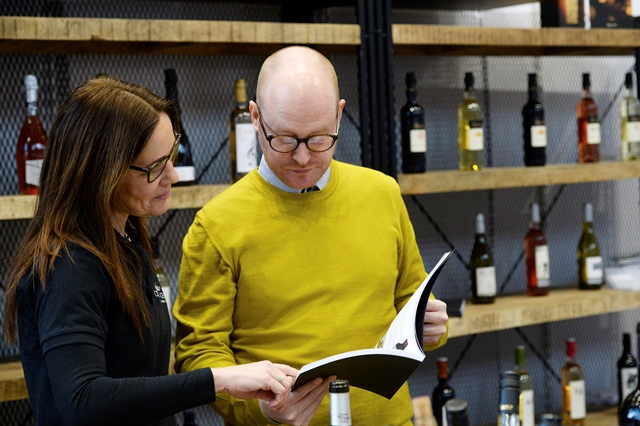 NRB19, the North’s hospitality exhibition, will be home to 280 exhibitors supplying everything a hospitality operator needs and three specialist areas for craft beer, spirits and fine food. View the exhibitors here: www.northernrestaurantandbar.co.uk/exhibitor-list and check out the latest products here: www.northernrestaurantandbar.co.uk/productspotlight

Craft Beer Quarter is home to twelve brewers coming from across the country including Bearstone Brewery, Heathwick World Craft Beers and Donkeystone Brewing.

The Market Kitchen is the place for small-scale, artisan producers such as Manchester Smokehouse, Ginger Bakers, Ancoats Coffee Co and The Straw Co. The Spirit Room, surrounding Drinks Live and curated by Dave Marsland, (aka Drinks Enthusiast), gives bartenders the chance to sample from the likes of Beeble, Kuro Gin, Coyaba Rum and Daffy’s Gin. 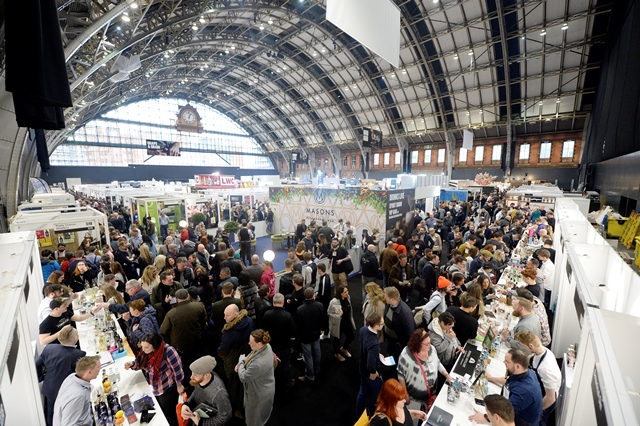 Throughout the week of NRB19, there are a series of official fringe events taking place under the umbrella of the exhibition including Kuits NRB Top Fifty Awards, Action Against Hunger’s Too Many Critics Dinner at Dishoom, trade-only after parties at some of the city’s coolest bars and special food & drink offers only available with an NRB badge.

MOJO is once again hosting the official late night after-party on Tues 19 March, collaborating with Jameson Irish Whiskey to create a special drinks menu for all NRB19 guests. On Wed 20 March, bar owners Max & Noel Venning from CLASS Magazine Bar of the Year, Three Sheets, will be joining the team at Science + Industry for an evening of cocktails, celebrating the industry and its people.

Special Offers NRB19 visitors can take advantage of a whole host of special offers at some of Manchester’s top restaurants and coolest bars, only available with an NRB visitor badge. Offers include 50% off at Hawksmoor & WOOD, 50% of drinks at NQ64 arcade bar and three courses and a cocktail for £35 at Adam Reid at The French.

Sheffield born Jason Atherton is one of the UK’s most successful global restaurateurs and will headline this year’s Bruntwood NRB Debate at Northern Restaurant & Bar on Tuesday 19 March 2019. Jason, who was head chef at Manchester’s legendary Mash & Air in the ‘90s, has built a global restaurant empire that now includes sixteen restaurants, four of which have Michelin stars, across three continents, seven countries and eight cities.

Jason Atherton started out working alongside great chefs including Pierre Koffmann, Marco Pierre White, Nico Ladenis and Ferran Adria at el Bulli, before joining the Gordon Ramsay Group in 2001. After launching ‘Maze’ Jason left to launch his own flagship restaurant ‘Pollen Street Social’, which was awarded a coveted Michelin star within just six months of opening. Host Thom Hetherington will explore what fired this Northern chef to global success and about his role as principal patron for Hospitality Action.

Panel Debate: Food is truly analogue but how we experience it is increasingly digital

Chaired by Lucy Noone-Blake, the panel will discuss how brands and businesses build brand loyalty and ensure their share of the marketplace, how to bridge the gap between their online presence and driving actual footfall and whether social media really is the be all and end all. Panel speakers include Libby Andrews, Marketing Director, Pho Restaurants; Russell Danks, Marketing & Strategy Director, Punch Taverns; Oisin Rogers, Landlord, The Guinea Grill and Andy Windsor, Head of Marketing, Mission Mars 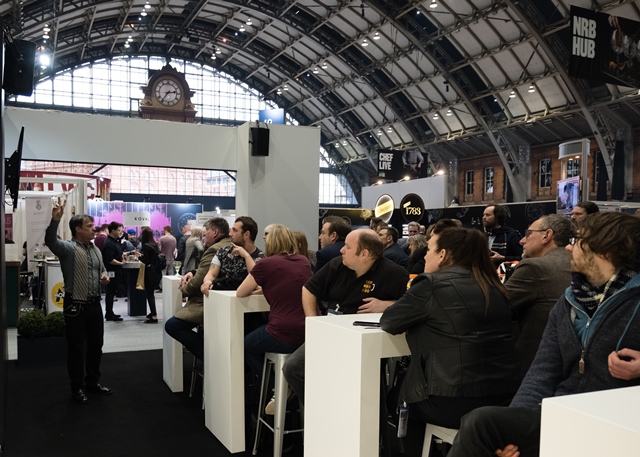 Northern Restaurant & Bar is a strictly trade only event and is for industry professionals only.