Pi, the artisan pizzeria in Battersea Rise, offers the lightest, crispiest pizzas in town with creative toppings such as Lebanese spiced lamb with Turkish yoghurt; and wild boar salami with piquillo peppers and red chilli.  As well as a lot more foodie credentials than your average pizza restaurant, interiors are made for your Instagram feed with a floral ceilinged bar, glitter ball-esque glass mosaic pizza oven and courtyard complete with a living tree – phones at the ready!

Born from a simple idea and a big dream – Pi was founded by first-time restaurateur, Rosie Whaley, who, following a stint working in a Florence pizzeria, decided to set up her own restaurant to share her passion for pizza. Rosie has taken inspiration from the humble Italian  pizzeria and given it a serious foodie facelift by offering incredibly light pizzas featuring impeccably sourced ingredients alongside creative cocktails, organic wines and craft beers in a vibrant setting that’s designed to delight. 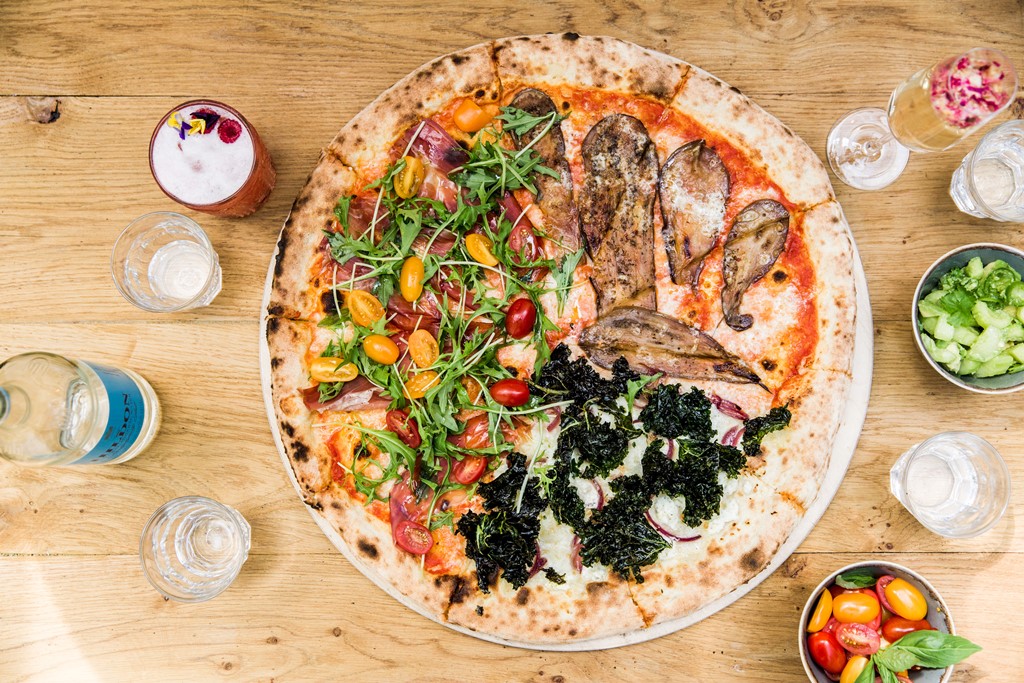 Using handcrafted, artisan dough perfected by Pi’s Italian chefs, a 72-hour fermentation process creates a light, lean base with a crispy crust, that works wonders with Pi’s creative toppings.  The highlight of Pi’s menu is the generous, 20-inch pizzas which can be divided to offer two or three toppings whilst 12-inch ones are just the ticket for those who prefer not to share.

Taste the difference, with ingredients carefully sourced from only the best artisan producers; from Hampshire farms, Winchester cheesemakers and Isle of Wight tomato growers through to charcuterie from Italy and Spain. Must tries include butternut squash with sage and Hampshire sausage; nduja with ricotta, mint and jalapeno jam; truffle, porcini, wild mushroom and shaved parmesan; or Rosary goats cheese, crispy kale and caramelised onion. Add an über-creamy Pugliese burrata to the top of any pizza for just £5. 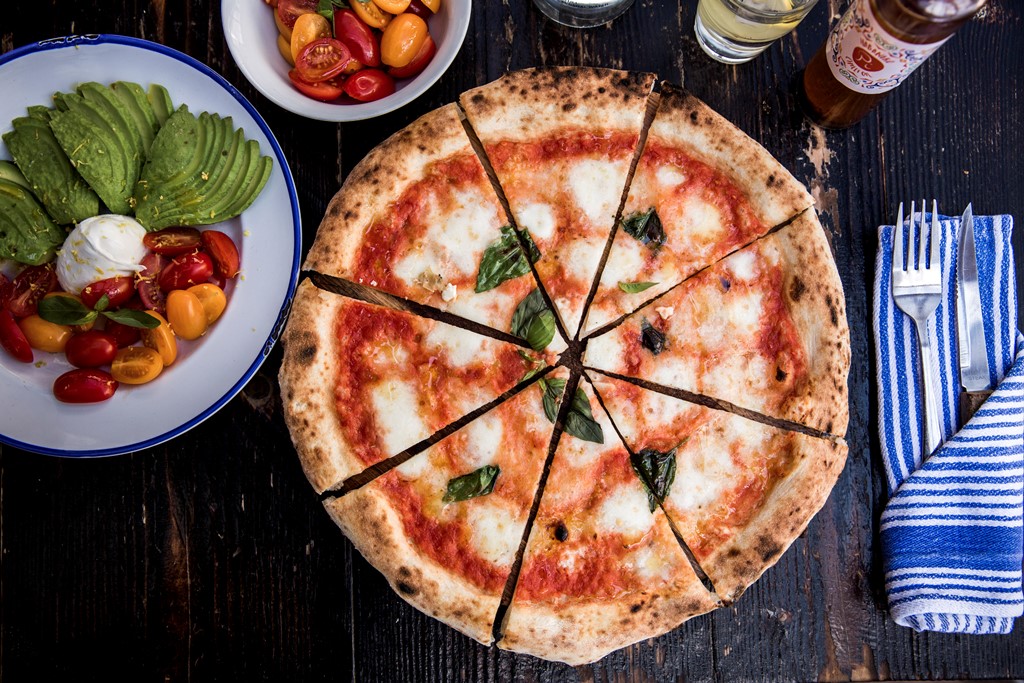 Rotating specials include choices such as lardo with artichoke cream, rosemary, pink peppercorn and mozzarella on a white base; mixed mushrooms with garlic, thyme and shaved parmesan; and heirloom tomatoes with black olives, vegan pesto, panko breadcrumbs and vegan cheese. Pi is vegan and vegetarian friendly, with three vegan options on the menu and a vegan dessert.

In supporting roles are the delicious starters such as burrata with caramelised black fig; pancetta, leek, spinach and scamorza arancini; and deep fired Nocellara olives as well as vibrant salads including a zesty avocado with green cucumber, chilli and coriander. 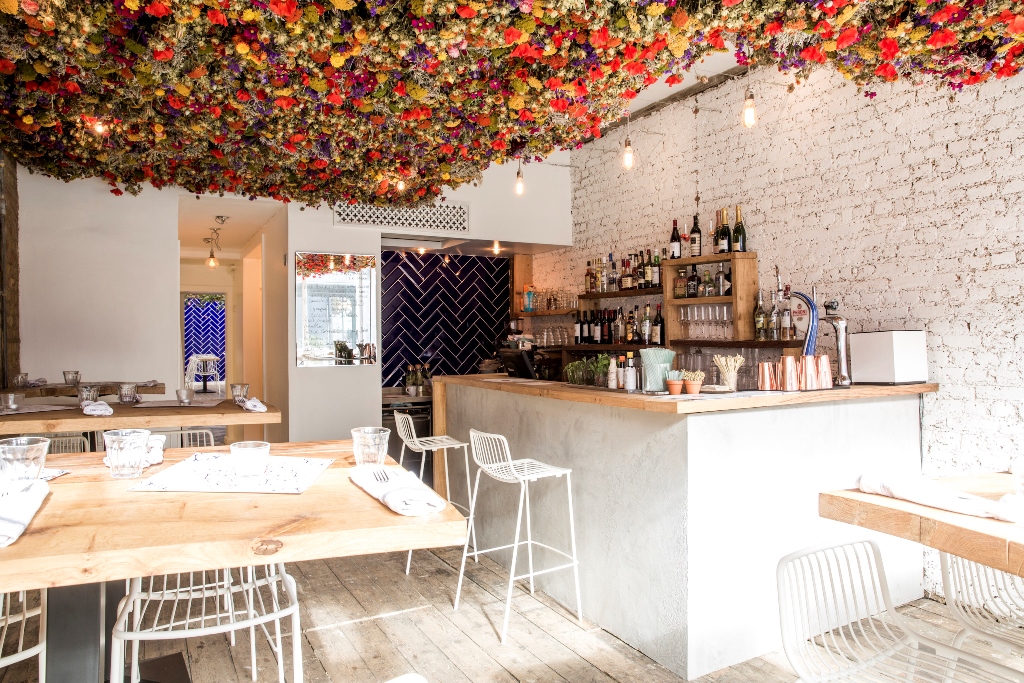 Pi’s master mixologist mixes, muddles and shakes bespoke cocktails perfect for sipping in the bar under its beautiful ceiling of wild flowers or with a pizza in the restaurant. Signatures include Expressione Bianca with vanilla vodka, ginger and cacao blanc liqueurs with ginger bread and double cream, or Amethyst with Absolut vodka, violet liqueur, elderflower and prosecco.

Rosie and her team have also curated an organic wine list featuring robust reds and crisp whites, such as a 2017 Cabernet Sauvignon de Gras from Chile and a 2013 Riesling from Sutherland, South Africa as well as offering organic soft drinks. Craft beer and lager are available by the bottle and on tap, including Chapel Down, Curious IPA and Beer Moretti. 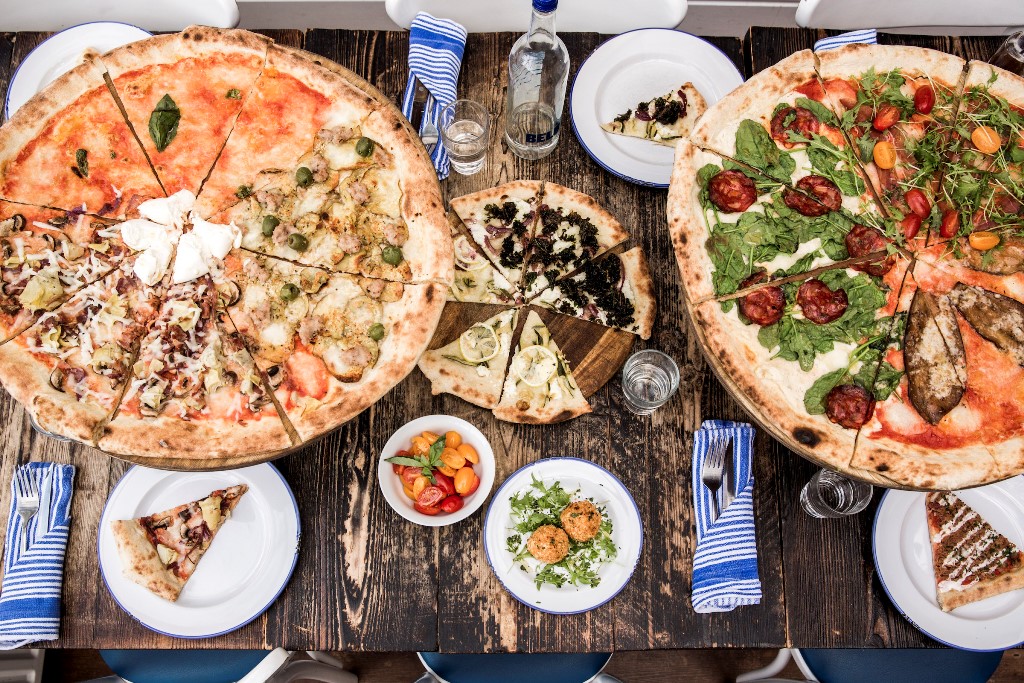 There’s something at Pi Pizza for everyone throughout the week – open Tuesday – Sunday, start the week off with a serving of Humble Pi Tuesdays where from 5pm, guests can tuck into a large pizza and two salads to share for just £20 all in. Starting from 16th March, Saturday nights will see the start of DJ Organic Beat Market’s residency, another excuse to book ahead and, for those who can’t get enough Pi in their life, there are takeaway and delivery options available across the menu.