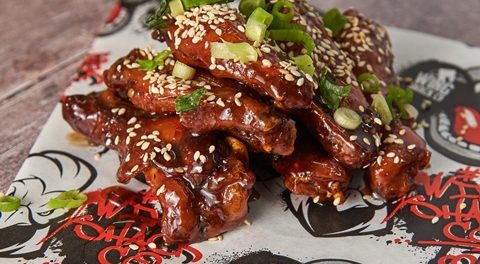 Now serving a delivery radius of 2.5 miles around E14

Wing Shack Co, home to the best wings in London, has announced the opening of their new delivery kitchen in Canary Wharf. Despite the hospitality industry facing tougher restrictions, founders Joshua Jarvis and Larry Shiro have decided to press on with Wing Shack’s exciting expansion, opening a state-of-the-art kitchen, which serves a delivery radius of 2.5 miles around Canary Wharf.

Wing Shack  prides itself on the quality of their food, championing the finest wings but also embracing the UK culture of the staple chicken shop. Embodying more than just a quick wing stop, Wing Shack is a foodie joint with a massive cult following from the loyal locals to your favourite British rapper Big Narstie and British Olympian Lawrence Okolie as its regular visitors.

Available on Deliveroo and Uber Eats, the menu features their classic signatures from Changs Honey and Sesame to Jarvis Tangy Buffalo wings and boneless chicken fillets covered in southern rub complete with various bespoke homemade dips (choose from Smokey BBQ to signature Blue Cheese dips). And for those hankering after vegetarian options, the Edgy Veggie burger with charred halloumi, soy marinated mushroom, tomato relish topped off with hummus is available as a delicious alternative.

Joshua Jarvis, founder of Wing Shack Co, says: “It’s only an uncertain time if you believe it is. We believe it’s a time of opportunity. With the likelihood of more restrictions and people being at home we believe it’s a great opportunity to expand our delivery radius so we can cater to our customers and attract new customers as well.”