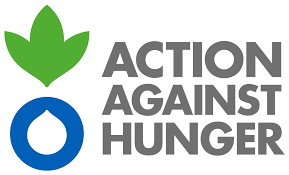 Action Against Hunger, the restaurant industry’s charity of choice, is joining the UK’s leading aid charities as the newest member of the Disasters Emergency Committee (DEC).

The DEC will announce today (Monday, September 10, 2018) that Action Against Hunger has met all of its criteria to become a member of its trusted network of UK humanitarian aid organisations that join forces to fundraise and respond to vulnerable people’s needs during major crises overseas.

This milestone in the charity’s vital work to end child malnutrition around the world was achieved thanks to its expertise in nutrition, the quality if its programme delivery, its global reach across nearly 50 countries, and support from the UK’s food and hospitality industry.

Among the charity’s supporters in the food world are chefs Rick Stein, Raymond Blanc, Angela Hartnett, Ken Hom and Michel Roux, restaurants Carluccio’s, Hawksmoor, Pho and Ed’s Easy Diner, and the innocent foundation. They all backed the charity’s application to join the DEC and committed their support to future DEC appeals.

Top chef Ken Hom said: “This is an exciting opportunity for the food and hospitality industry to get behind Action Against Hunger and the DEC, and play a major part in the UK’s response to help vulnerable people who face hunger as a result of major disaster. By reaching out to the food-loving British public during future DEC appeals, we can help make an even bigger difference to people’s lives around the world.”

Jean Michel Grand, Executive Director of Action Against Hunger, said: “We’re extremely proud to become a new member of this well-respected fundraising body that the British public trusts to respond collectively to catastrophic disasters overseas. As a humanitarian organisation with almost 40 years of expertise in fighting hunger and malnutrition crises, our ambition is to help to increase the DEC response in emergencies and save the lives of many more malnourished children caught up in natural disasters or brutal conflicts.”

“Becoming a member of the DEC is testament to the tremendous efforts made by our staff and chef and restaurant supporters who have played a significant role over the years in putting Action Against Hunger at the forefront of the fight for a world free from hunger. Thanks to their support, we have been able to grow in size, influence and expertise and, as a result, we have been able to meet the DEC criteria for membership.”