Sanderson is celebrating National Chocolate Week in collaboration with William Curley MCA. Chocolate is being honoured throughout the hotel from 8th-21st October with an exclusive chocolate menu in The Restaurant, a chocolate masterclass in the kitchen, bespoke chocolate cocktails at Long Bar and even an indulgent chocolate spa treatment from the agua Spa team. Curley has also designed a spectacular chocolate sculpture displayed in the lobby, bringing the focus of National Chocolate Week to the heart of the hotel. 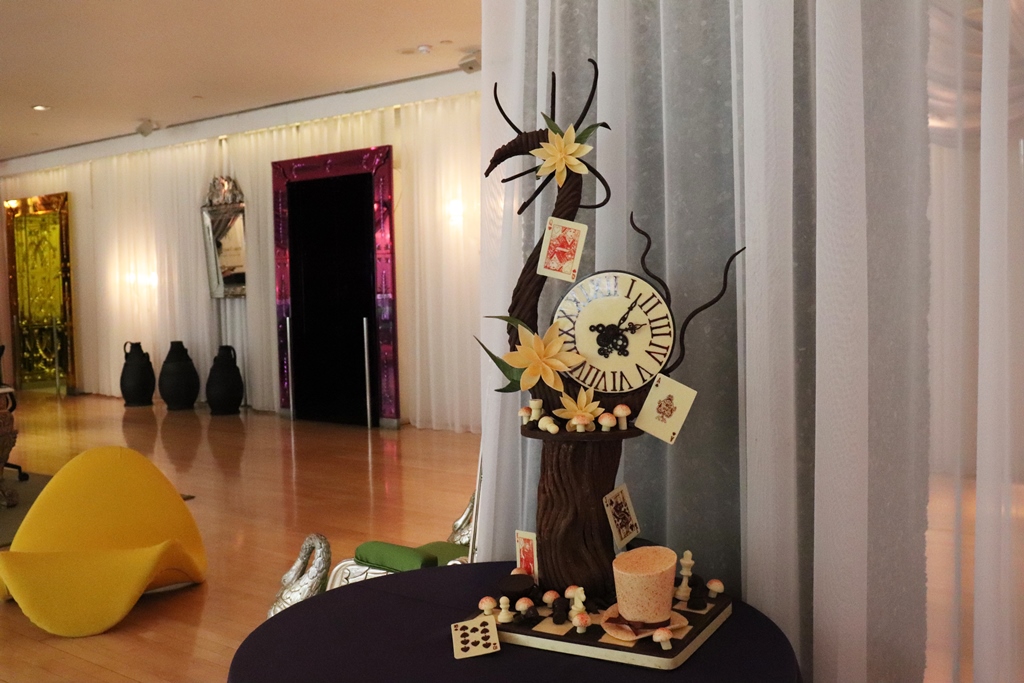 Executive Chef Barry Tonks from The Restaurant at Sanderson has worked with Curley to create a bespoke chocolate menu for the week. The 4-course menu is priced at £65 and includes Orkney scallops, squid ink polenta, roast lemon purée and cocoa nibs and Denham Estate venison, miso-glazed parsnips, cranberry gel, sprout tops and 100% cacao, ensuring a balance of chocolate and savoury notes throughout. Two sweet courses continue to build upon the cocoa flavours, with White chocolate, coconut panna cotta and tropical fruit compote followed by Warm Amedei chocolate moelleux, cherry compote and pistachio ice cream. The menu also includes a Legends of the Fall cocktail, comprising of Maker’s Mark whiskey, Mozart white chocolate liqueur and orange bitters, which Curley has created with Thierry Brocher, General Manager of Bars at Sanderson, alongside a selection of other chocolatey serves at Long Bar. 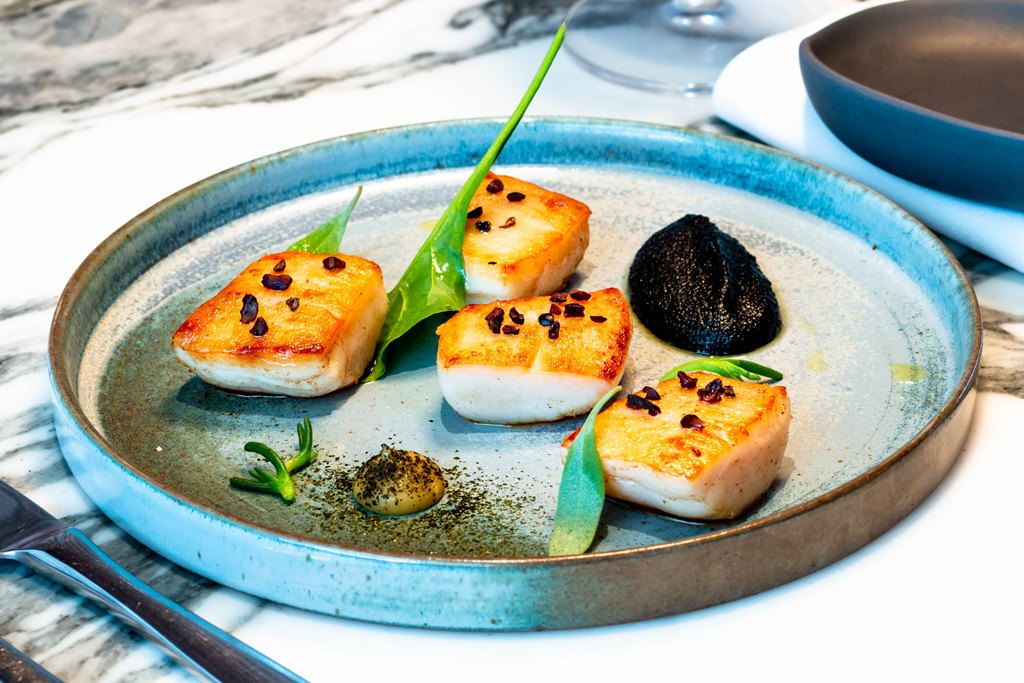 On Wednesday 17th October, those with kitchen ambition will have the opportunity to get involved in a truffle masterclass. This hands-on experience will include tempering, piping, dipping and coating chocolate truffles, followed by a well-deserved tasting. Tickets are priced at £80 and include a welcome chocolate cocktail.

Sanderson guests wishing to make the most of Chocolate Week can opt for a Choc till you Drop package. This includes the 4-course menu and Legends of the Fall cocktail, allowing guests to indulge in The Restaurant before they retreat to their room for a relaxing night, perhaps opting to enjoy some William Curley chocolates from the mini bar.

For further pampering, Sanderson’s agua Spa is also indulging in Chocolate Week with an Oh So Sweet chocolate treatment, comprising of a 35-minute back treatment using Cocoa extract and heated honey, with a warming cup of Hot chocolate to follow. 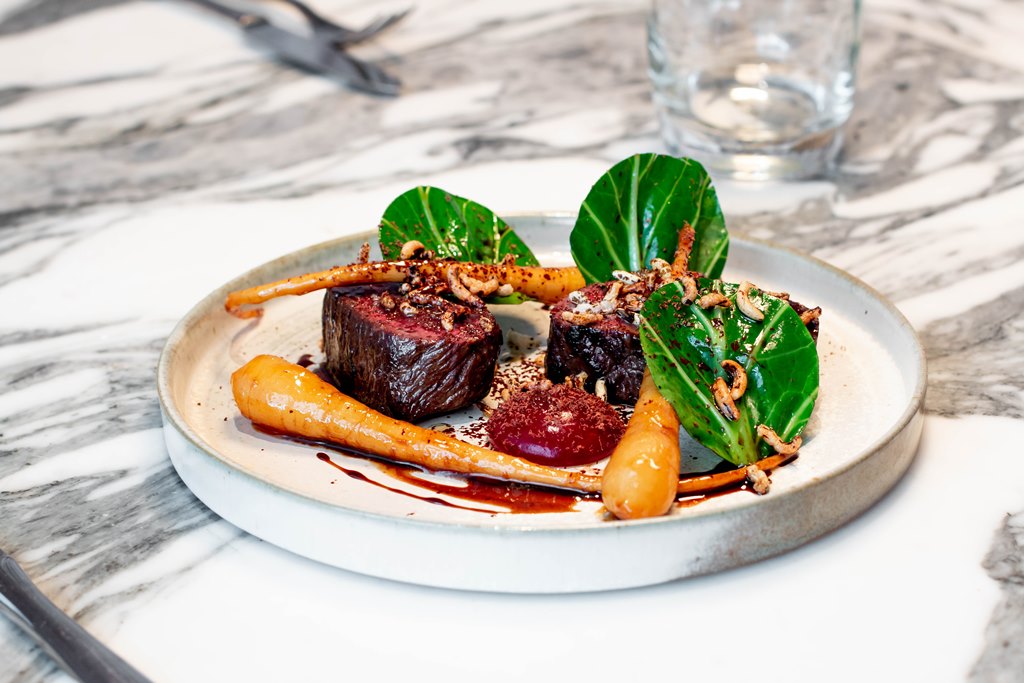 If guests and visitors still haven’t had their chocolate fill, they are able to purchase chocolates from William Curley’s Chocolate Shop. Located off Sanderson’s lobby, the shop is filled with Curley’s signature couture and nostalgia chocolates, based on childhood favourites including Jaffa Cakes and Coconut Bars, as well contemporary caramels and hazelnut rochers.

William Curley is known for sourcing only the world’s finest ingredients, and refusing to compromise on the quality or nature of his work. He began his career at Gleneagles Hotel, resulting in his training with some of the country’s finest chefs, including Pierre Koffmann, Marco Pierre White and Raymond Blanc. Following his role as Chef Patissier at The Savoy Hotel, he launched his own business and quickly achieved accolades including ‘Britain’s Best Chocolatier’ by The Academy of Chocolate. Curley has since published several books, including ‘Couture Chocolate’ which won ‘Cookery Book of the Year’ in 2012. 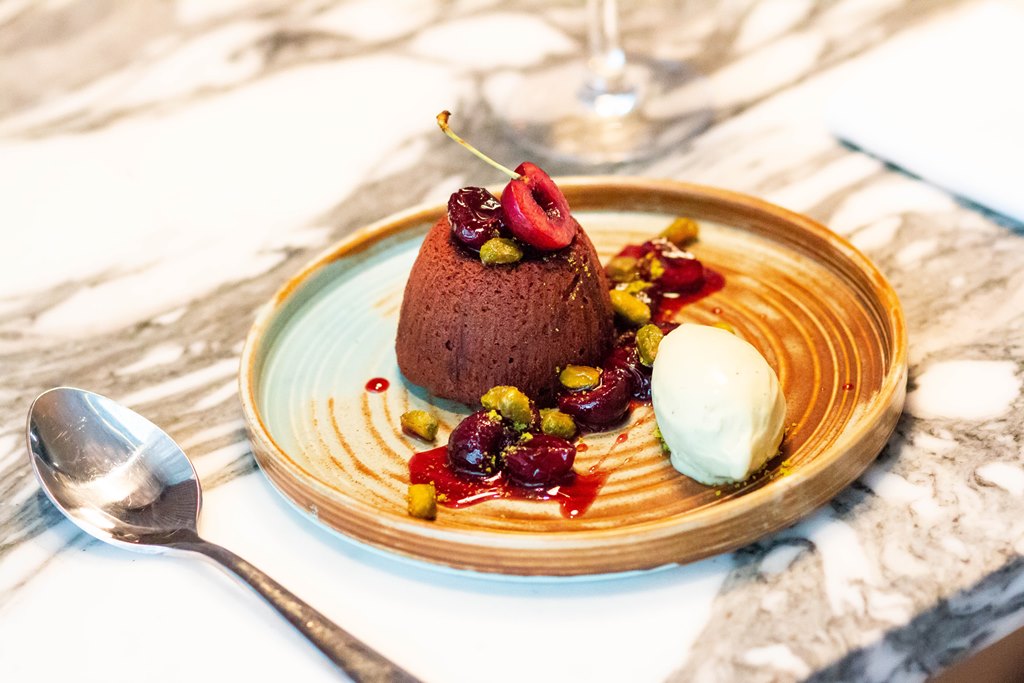 Sanderson is delighted to be working with Curley for National Chocolate Week and to celebrate chocolate throughout the hotel. Situated moments from Oxford Circus, it is the central destination for all chocolate-lovers this month.

Tickets for the truffle masterclass can be purchased here: https://www.eventbrite.co.uk/e/a-masterclass-in-chocolate-with-william-curley-tickets-50218757656