Mary Quicke MBE from Devon-based Clothbound Cheddar producer, Quicke’s, has been honoured with the prestigious Cheese Industry Award at the British Cheese Awards 2019. Announced at the British Cheese Awards Dinner during the Royal Bath & West Show on Wednesday 29 May, the trophy presentation was followed by news of five further awards landed by Quicke’s during this year’s competition.

Recognising individuals who have provided an invaluable contribution to cheese, the annual Cheese Industry Award was presented to Mary for her impact on the industry, particularly the recent development of the Academy of Cheese, with its promise to transform how cheese is sold across the globe with its training programmes.

Mary took over the reins of the family farm in 1987. The following years have seen huge steps forward at Home Farm, from the switch to specially bred cows and the introduction of the kiwi grazing system to the development of an eco-friendly cheese mite management system, while collaborations, educational initiatives and experiments have kept Quicke’s at the forefront of the British cheese movement. 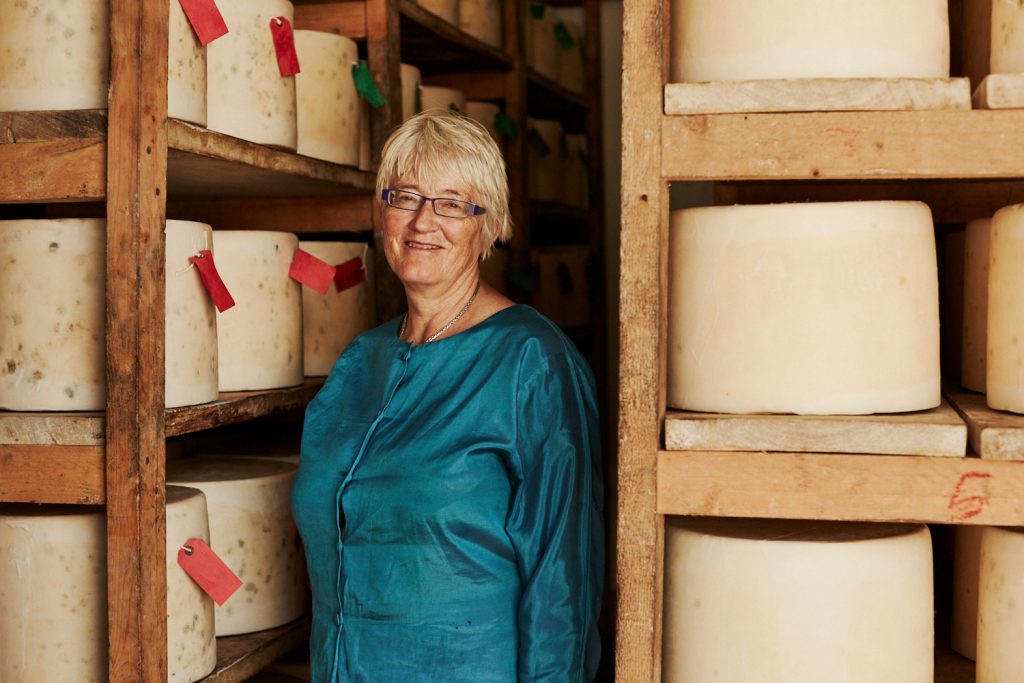 Always ready to immerse herself into new projects within the wider cheese community, Mary received an MBE for her contribution to farming and cheesemaking in 2005, became a member of the Guilde Internationale des Fromagers in 2016 and was instrumental in the establishment of the Academy of Cheese in 2017. Mary has contributed her palate to cheese competitions throughout the world, including the British Cheese Awards, World Cheese Awards and American Cheese Society Awards, and also sits on the board at both the FSA (Food Standards Agency) and AHDB (Agriculture and Horticulture Development Board) Dairy Sector.

Mary Quicke MBE commented: “Following a day tasting some of the best cheese in the land at the British Cheese Awards, I’m absolutely blown away to have received this trophy. British cheese has boomed, so to be singled out as someone who has made a contribution to this movement is truly an honour. For me, great cheesemaking starts in the soft boundary between admiration and partnership with the land, and I’m delighted to see more and more artisan cheesemakers making wonderful cheeses from the ground up. It was great also to judge for the Young Cheesemonger Award, to see the passionate and knowledgeable young people coming on. The future is bright for British cheese and at Quicke’s, we’ll continue to be driven by the pursuit of great cheesemaking, farming like we’re going to live forever.”

Julius Longman, chairman of the British Cheese Awards, added: “Mary is a pioneer in cheddar and cheesemaking, so we’re absolutely delighted to be honouring her with this year’s Cheese Industry Award. A driving force in all things cheese, Mary has contributed so much to the industry, including her role in recent formation of the Academy of Cheese. Mary’s passion shines through in everything she does, whether on the farm, judging at the British Cheese Awards or flying the flag for British cheese overseas, so we couldn’t think of anyone more deserving of this year’s trophy.”