I am delighted to share the news of Mere’s very special Chefs Reunited dinner, taking place on 17 June, 7pm. Mere’s chef patron, Monica Galetti, will be joined in the kitchen by Rachel Humphrey, Executive Chef at Michel Roux Jr’s  Le Gavroche where Monica also cut her teeth as a young chef. The special dinner celebrating the two incredible female chefs will be held at Monica’s Charlotte Street restaurant Mere, which opened in 2017. 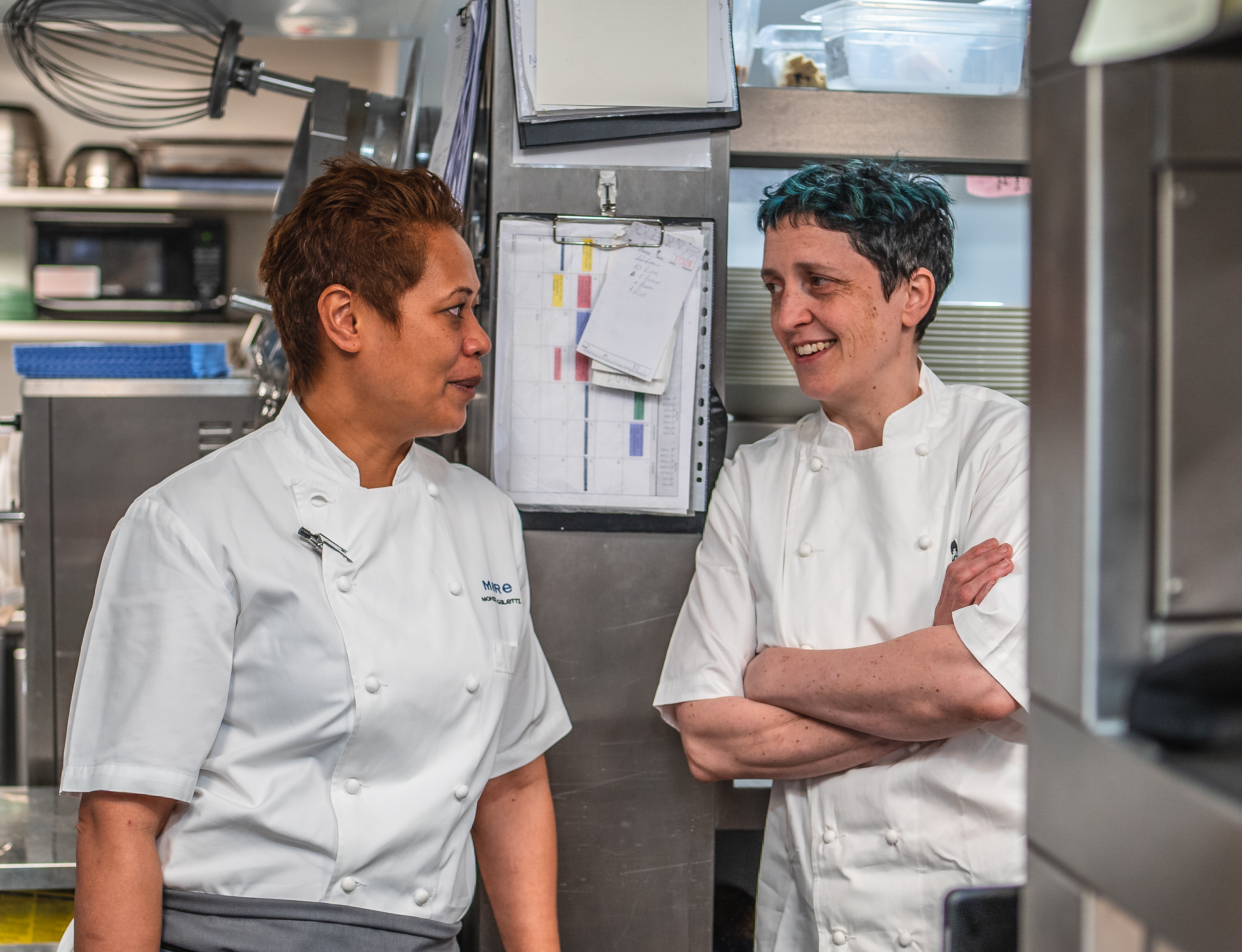 Having spent many years working together at Le Gavroche, the five course menu is very much a collaborative affair. Together they have drawn up an exclusive tasting menu, carefully matched with five exquisite wines chosen by Sandra Bein, Mere’s head sommelier. Guests will be welcomed with a glass of the restaurant’s signature Champagne, Sur Mesure and a selection of canapes before settling in for a Salad of crispy soft shell crab with heritage tomatoes and white balsamic, followed by Mere’s famous ‘Mushroom and Marmite’ –  a dish of Anglotti, confit chicken, mushrooms and parsley puree. The main event of Lamb rack, saffron grelot onions, potato terrine and broad beans comes next, then savoury Truffle and comte doughnuts. Ending on a sweet note will be a Coconut dacquoise, passionfruit mousse, coconut ice-cream and a lime meringue gel.

Tickets are £175 for the five course tasting menu with paired wines. There is also the option for guests to dine in Mere’s private dining room where they can watch the chefs in action via TV screens linked directly to the kitchen, available for parties of 6-10 people. Tickets can be purchased here.