South Devon’s Salcombe Brewery Co. is celebrating after taking home a Gold for its Island Street Porter and a Silver for its Salcombe Pale Ale at the SIBA Tuckers Maltings Beer Festival held earlier this month in Newton Abbot. 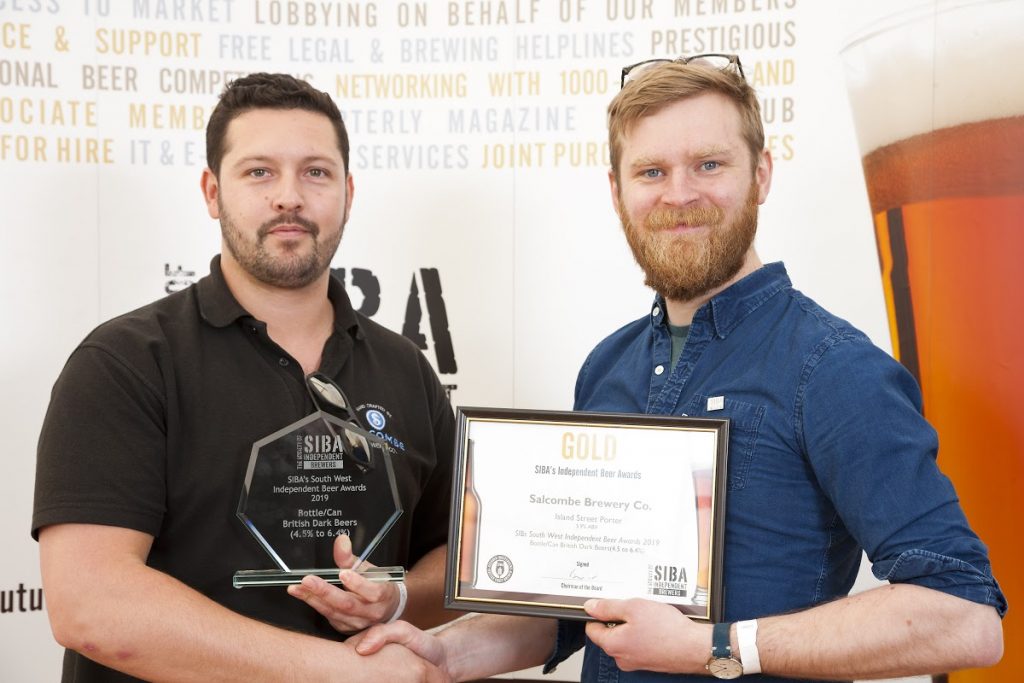 Mark Higgs, Salcombe Brewery’s General Manager, comments: “To receive a Gold and a Silver in such prestigious awards has given huge recognition to the brewery and is a fantastic reward for all the hard work that has gone into creating both Island Street Porter and Salcombe Pale Ale.  There are numerous craft breweries in the South West, but this puts us amongst the very best of the best.”  Salcombe Pale Ale was in the Cask Premium Pale Ales category (4.4 – 5.4%) and the Island Street Porter (330ml bottle) was in the British Dark Beers category (4.5 – 6.4%).

Salcombe Brewery was founded in 2016  and brews a range of cask, keg and bottled ales at its state of the art brewery overlooking the Salcombe Estuary in Devon. It uses only the finest hops, malt and yeast combined with fresh Devon water from straight under the brewery. Island Street Porter (ABV 5.9%) is a rich velvety porter and the brewery’s latest addition to its craft range. Salcombe Pale Ale (ABV 4.6%) is a fresh, full-bodied and powerfully hopped pale ale that’s bursting with flavour.

SIBA Chairman, Ian Fozard, says: “Judges had a tough job separating the pack as the standard was extremely high once again.  The winners from the SIBA competition are officially the best independent craft beers in the UK, something brewers should be extremely proud of.”