James Walters, founder of Borough Market favourite Arabica, has announced that he will open a new site in King’s Cross later this year. The new site will offer an almost entirely new menu, complemented by a handful of the best loved, original dishes from Borough. Quality of produce and Levantine influence will remain at the forefront of both restaurants. 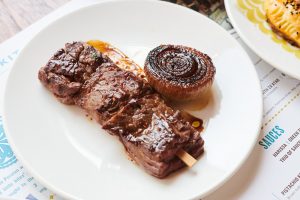 The new dishes will draw inspiration from multiple trips through the fertile valleys and mountain villages of Lebanon, to the vibrant cities of Istanbul and Tel Aviv.

The menu will cater generously to meat-eaters, pescatarians, vegetarians and vegans alike. 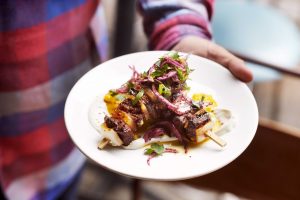 Alongside the à la carte menu of small plates, a specials board will feature larger prime cuts of British Heritage beef sourced from small farms in Yorkshire, as well as British day-boat fish, cooked over Mediterranean Holmoak charcoal and served for the table. 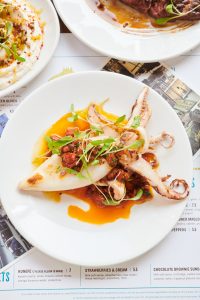 The wine list – of which eight will be available on tap along the beautifully designed bar – has been selected by Bitten and Written’s Zeren Wilson. It champions emerging winemakers and indigenous varietals from regions such as Macedonia, South Africa and Australia while also giving a platform to long-time Arabica favourites like Lebanon’s Domaine de Tourelles vineyard.

A selection of Arabica products produced in-house or sourced directly from small co-operatives across the Levant will feature throughout the menu and will be available to purchase, including their Jordanian Za’atar blend and Wild Sumac (£3.95), velvety Tahini (£3.95), Pomegranate or Cherry Molasses (both £8.95), and Preserved Lemons (£5.95) as well as all natural Turkish Delight (from £4.50) and gift boxes of Baklava (£15.00). 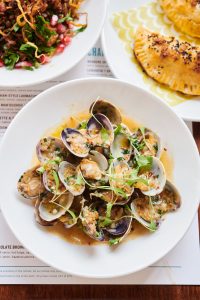 Housed in a ground floor corner of the recently opened Aga Khan Centre building, designed by world renowned, Pritzker Prize-winning architect Fumihiko Maki, the new restaurant designed by Gundry & Ducker will have a capacity of just over 100 covers. The 66-cover interior will feature an open plan kitchen and bar with counter dining seats, a large communal table for up to 20 guests, in addition to cosy leather banquettes. A further 40 covers on the exterior terrace face onto the grassy meadow of Lewis Cubitt Walk and the hotly anticipated Persian-inspired Jellicoe Gardens by multi award-winning landscape architect Tom Stuart-Smith.

Speaking ahead of the opening, Arabica founder James Walters said:

“We’ve been searching for the right neighbourhood to open in for a while and King’s Cross offers a curious mix of shiny new buildings and repurposed industrial heritage which excites us. The place feels youthful and focussed on tomorrow – almost akin to a university campus.

We hope the restaurant will be a common room of sorts for this diverse community, where locals, students and visitors alike can drop by for a morning coffee or an evening bite. We’ve always been intentional about being part of a community, from our roots in Borough market, so we’re glad we took the time and found a place that we feel connected to and energised about being part of.”