The hospitality industry lined up this week to join this year’s Universal Cookery & Food Festival (UCFF), affectionally nicknamed the ‘Glastonbury for chefs.’

Hosted by the Craft Guild of Chefs, UCFF is now in its eighth year, and continues to be an integral industry event at the forefront of cooking innovation.

For the first year ever, UCFF created a dedicated Game stage. Hosted by director of Lexington Catering Rob Kirby, the Game stage oversaw several exhilarating live presentations including skinning and butchering a full deer and prepping wood pigeon which had been shot over peas. Leon Davies, national sales manager of the British Game Alliance (BGA) who spoke on the Game stage commented:

“The BGA and I are delighted to be involved with this year’s UCFF, demonstrating the amazing credentials of British game meat. Game, such as pheasant, is a sustainable, nutritious and tasty food source and I hope I can show the chefs how easy it is to integrate game into their menus.”

He adds, “I am honoured to be taking part in this year’s festival. The Craft Guild of Chefs is integral in uniting the industry and putting chefs at the forefront, providing top training and education from key and influential players in the industry.”

Responding to global consumer trends such as conscientious consuming and an ever-increasing interest in where food comes from, this year’s UCFF went back to basics with a ‘From the Land’ theme. Speakers on the main stage delivered a range of talks around sustainability, Brexit, crowd funding and ‘local heroes.’

“It’s been absolutely fantastic. A great line-up of chefs and speakers across the two stages. There have been some interesting debates around sustainability. A lot of happy faces and a lot of learning going on as well.”

“To see it (Silverstone) now at its utmost compared to the very start, it’s been quite amazing. Over the years we’ve grown and developed the team, and the menus, and we are now close with a lot of Northamptonshire producers.”

He continues, “There’s some absolutely amazing local products out there, especially on our doorsteps. We work closely with artisan producers to give us some bespoke products sometimes.” Adam Gray added, “With the shortage of chefs in the industry, we have to inspire the next generation. To be a chef it is exceptionally fulfilling. The reason we do this is to make people happy.” 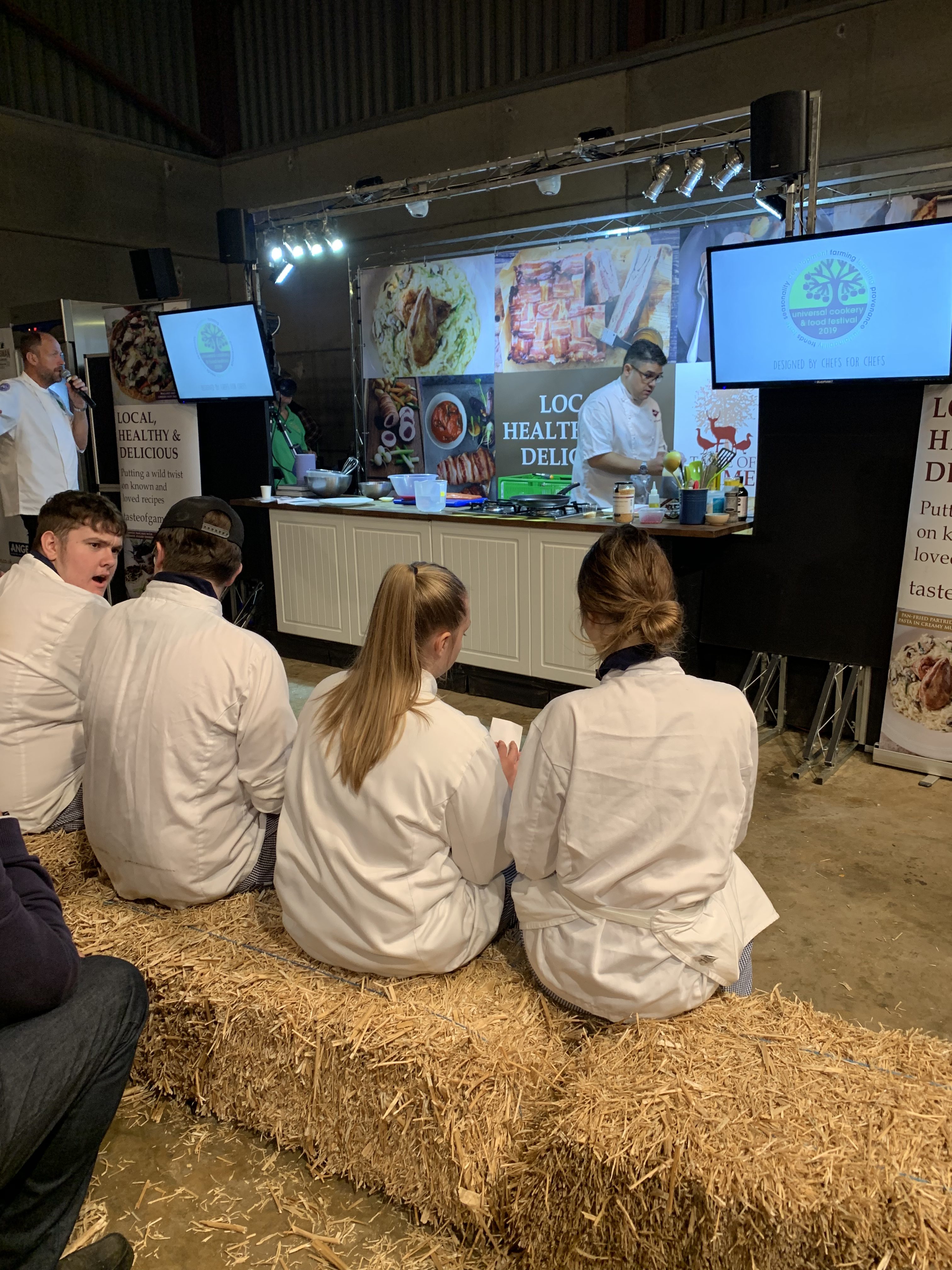 Additional attractions at this year’s UCFF included clay pigeon shooting, a falconry display, deer from Red Oak Genetics, a foraging tour and a tour of the venue Bottom farm. Held at Bottom Farm Northamptonshire, the venue is home to Farrington Oils, a family business, run by fourth generation farmer Duncan Farrington. The company specialises in a range of oils, dressings and mayonnaise sold under the awardwinning Mellow Yellow brand.

Established in 2012, UCFF was the brainchild of Lee Maycock, Ian Nottage and John Feeney during their time as Craft Guild of Chefs committee members.