Christmas is a time for indulgence, and Fitzrovia’s Sanderson hotel will be taking this to heart for the festive season with a Willy Wonka-inspired takeover that will see the hotel transformed into everyone’s favourite chocolate factory. In operation from the end of November until the new year, the pop-up will be an exercise in nostalgia that celebrates the bizarre and wonderful depths of Roald Dahl’s imagination. 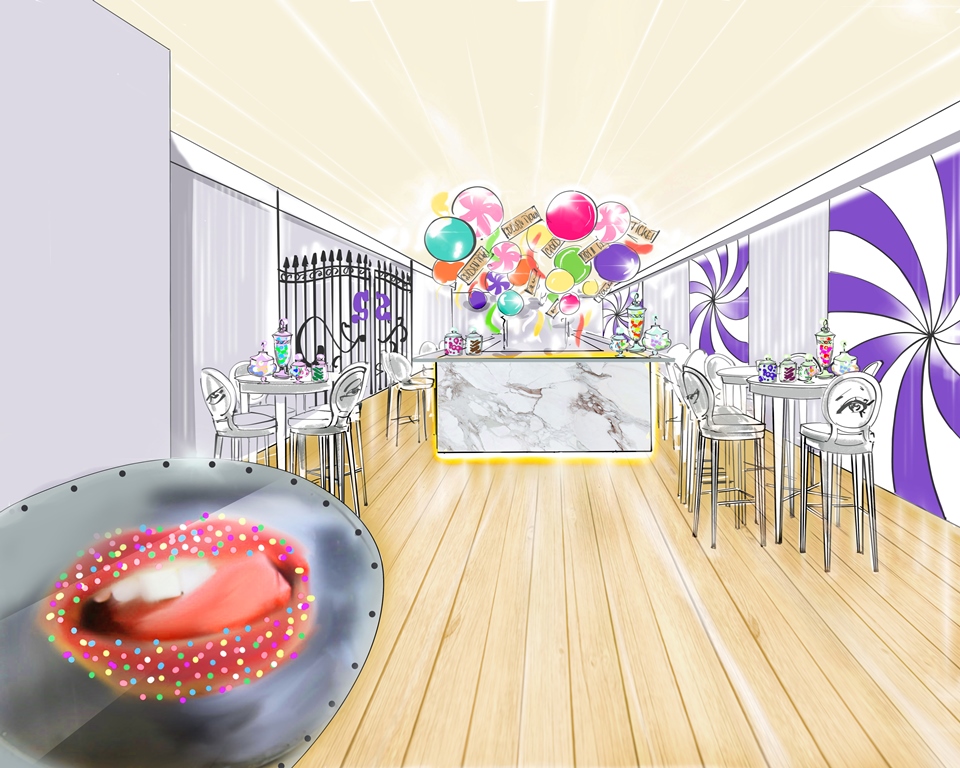 The takeover will see the famed Long Bar at Sanderson adorned with overflowing vintage sweet jars and psychedelic swirls, whilst the floral ceiling feature will be decked with giant candy canes and colourful ribbons. Wonka-style factory gates will lead out to the Courtyard garden beyond, and visitors will be welcomed into the bar by a pair of giant lips decked with real bubblegum balls and a faint, sweet aroma of bubblegum. Tasting is the key to Willy Wonka’s success, and a bespoke cocktail menu will feature the likes of the Wonka’s Martini, a mix of Grey Goose vodka, Eager apple juice, green apple and lemon; Glop Glop, a concoction of Mozart dry chocolate vodka, Briottet orange liqueur and Lillet Blanc vermouth; and The Blue Meadow Star, mixing Star of Bombay gin, orange, and Fever-Tree Elderflower tonic. The serves are designed to surprise and entice, with unique flavours contrary to what the colours of the drinks suggest. 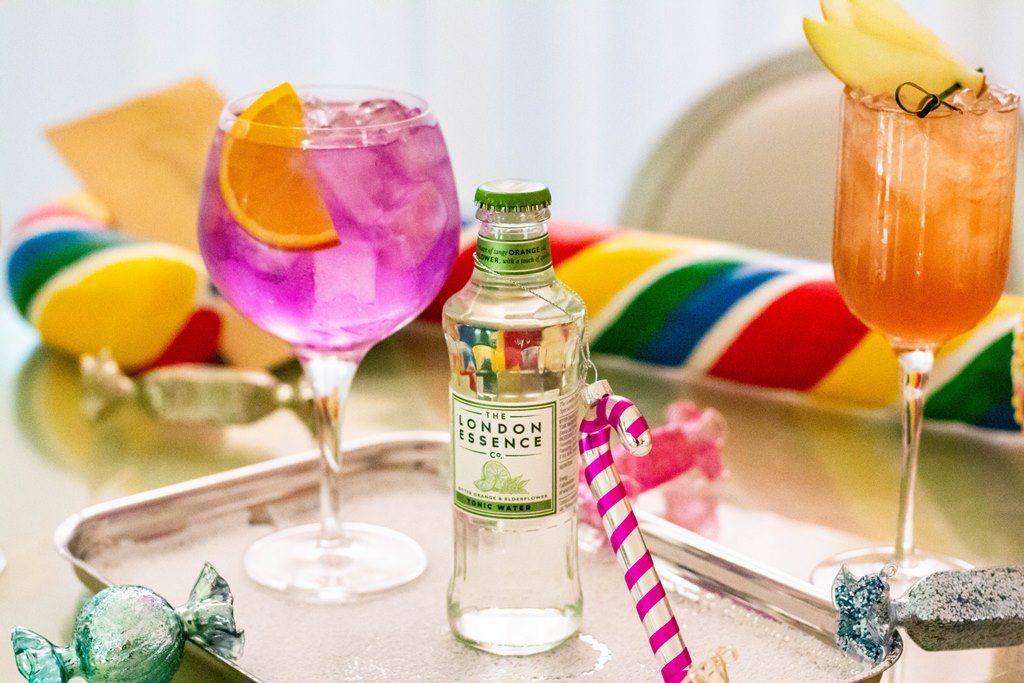 In keeping with Sanderson’s tradition of celebrating the non-conventional with their Christmas tree, the Willy Wonka theme will be showcased in an edible, rainbow tower in the lobby. Over two metres high and constructed from stacked vintage sweet jars stuffed with colourful candies, the tree will be lit by glowing fairy lights and topped with a giant rainbow lollipop, bringing Willy Wonka’s magic to the heart of the hotel. 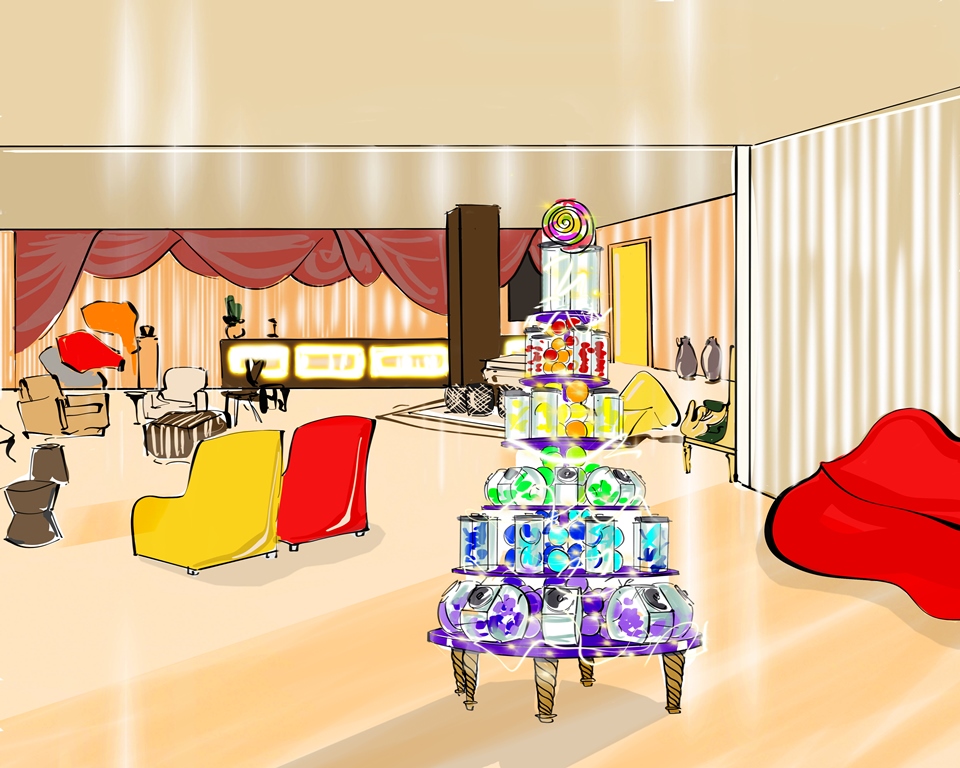 A ‘Golden Ticket’ room package includes a standard room and choice of golden ticket upon check in. Depending on the envelope chosen, guests can win exclusive prizes ranging from a complimentary breakfast or bottle of champagne to a Mad Hatters Afternoon Tea for two, Champagne flight & canapes in the Purple Bar for two, or even a complimentary night’s stay.

Sanderson’s chocolate factory will be open to guests, whether or not they hold a golden ticket, from 27 November until 4 January.