Hard Rock International today announced plans to open a new flagship cafe in London’s Piccadilly Circus. The brand’s newest cafe marks the first Hard Rock location to showcase Hard Rock’s modern vision, which will include a new design style, the world’s largest Rock Shop, contemporary memorabilia, and a new menu. The iconic location was strategically selected for its position in the heart of Piccadilly Circus, the capital’s entertainment hub.

Stephen K. Judge, President of Cafe Operations for Hard Rock International said, “More than 47 years ago, the first Hard Rock Cafe opened its doors in my homeland, and a restaurant classic was born on Old Park Lane in London. However, all brands, even classic ones, know that to stay relevant they must evolve. Hard Rock Cafe Piccadilly Circus will embody a modern evolution of our restaurants and a wonderful representation of the brand’s future.” 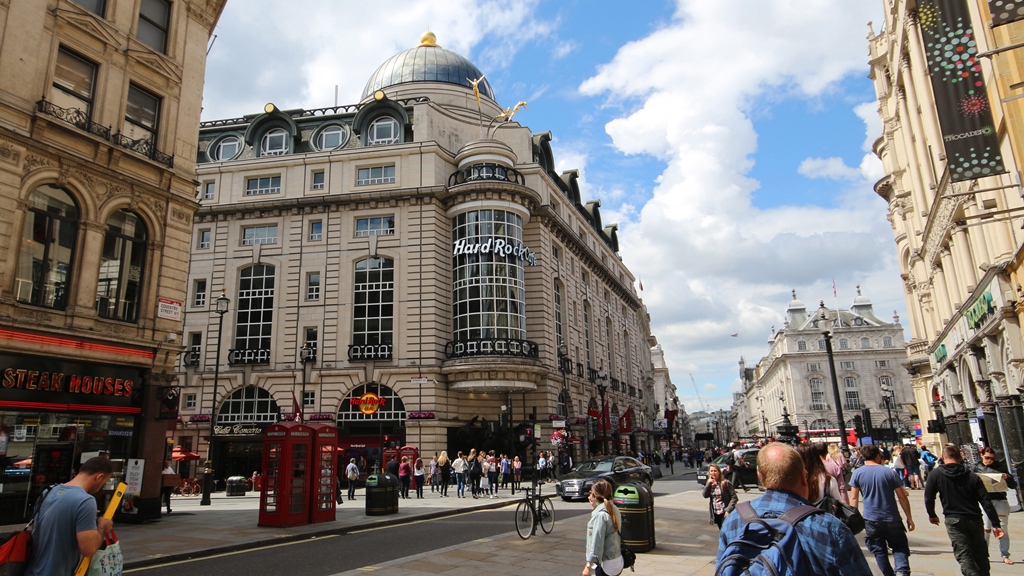 “Being from the UK myself, I am pleased that Hard Rock is expanding in London,” said David Pellow, Area Vice President of Cafe Operations, Europe, for Hard Rock International. “The addition of Hard Rock Cafe Piccadilly Circus further demonstrates Hard Rock’s commitment to the market, and we are thrilled to share our modern vision for the brand with the community and visitors alike.”

The more than 1,800-square-metre, multi-level state-of-the-art cafe will feature Hard Rock’s one-of-a-kind blend of music, entertainment, iconic merchandise and authentic American food and drink. The London building will showcase an open kitchen concept and Hard Rock’s new design style, which draws on inspiration from the city, including Victorian glazed tiling and the fabrics and colours of the London Underground. A stage for live music performances will be in the main dining room. While the new cafe will feature memorabilia from classic UK artists such as Freddie Mercury, David Bowie and George Michael, the Piccadilly Circus location will focus on memorabilia from contemporary artists such as Charli XCX, Ellie Goulding, Ed Sheeran and Amy Winehouse.

Hard Rock Cafe Piccadilly Circus will complement the classic Hyde Park location, the first Hard Rock Cafe in the world. This location has been a pivotal part of London’s music and food history since 1971, when two Americans, Isaac Tigrett and Peter Morton, established the casual burger restaurant for them and their music-loving friends. Many of these friends went on to become icons the music industry and have since donated their pieces to Hard Rock’s more than 81,000-piece collection. The cafe includes classic memorabilia from iconic artists such as Eric Clapton’s Red Fender Lead II Guitar, Hard Rock’s very first piece of rock memorabilia, and Jimi Hendrix’s Flying V guitar. Hard Rock Cafe London’s most famous musical performances included Deep Purple and Aerosmith. The first-of-its-kind restaurant, steeped in music history, will remain on Old Park Lane and keep its historic décor elements in homage to Hard Rock’s roots.

Further details about the new cafe will be released soon. For additional information on the Hard Rock Cafe brand, please visit www.hardrock.com.